There Can Never Be Too Many People Dreaming of Peace

Following the terrorist attacks of 9/11 in the United States, a group of international dreamers gathered around the idea of dreaming the world toward peace. As Peace Bridge founder and Moderator Jean Campbell asked: “If you believe that we can dream the future; and you believe that the future is not fixed, but we’re making it up as we go along; then how about joining me in dreaming up some world peace?”

Since 2001 the Peace Bridge has increased to a global membership, with active members in over twenty countries, sharing lives and dreams on the Internet. A Yahoo group list keeps group members in daily contact. 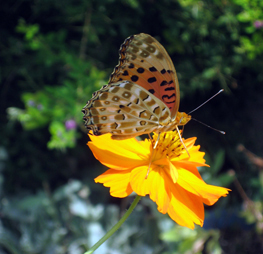 Honoring the dream through action has led the World Dreams Peace Bridge to the creation of a number of successful projects: In 2001, based on the dream of Jeremy Seligson from South Korea, the Peace Train Project began its work of asking people to draw or paint their hopes for peace. In 2003, the invasion of Iraq led to dreams of the children and the creation of the Aid for Traumatized Children Project. Drum Dance and Dream for Peace 2011 also began with a dream.

The World Dreams Peace Bridge has seen the remarkable synergy which grows from listening to dreams on a global level, and taking actions which honor their deepest meaning. There can never be too many people dreaming of peace.

The World Dreams Peace Bridge operates under the nonprofit umbrella of The iMAGE Project, a 501(c)3 organization.

The World Dreams Peace Bridge discussion group is a moderated forum on Yahoo Groups. To join the discussion, please visit the link below, and click on the join button.