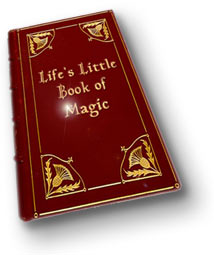 HOW THE iMAGE PROJECT BEGAN

Have you ever found yourself doing something you said you’d never do again?

That’s the way it was for me with The iMAGE Project.

After thirteen years of directing the nonprofit research organization, Poseidia Institute, I wanted to believe that I’d never have to do that again.  Managing a business, any business, is hard work; and wondering how the staff will get paid, how the next grant proposal will be accepted, how many volunteers will turn out in support of the next project, all of these were pleasures I hoped to leave behind.

From the beginning though, this iMAGE Project was an organization that refused to be quiet.  In 1990, after I returned to southern Virginia from living in Washington, D.C., the man who had taken over the charter of the nonprofit Poseidia gave me a call.  He offered me the charter back.  “I thought you should have it,” he said.

For the next ten years, every once in a while someone would say to me, “You know, this thing we are doing (or that thing, or some other) would be a great nonprofit activity.  Why don’t we reactivate that charter?”

Each time I managed to say no.

Then, at the New Year of 2001, just as the century turned and we began the year that would culminate in 9/11, my friends Anne and Elizabeth asked the question once again.  This time it seemed like a perfectly reasonable thing to me.  “Sure enough,” I said.  “No problem.  What will we call this new incarnation of the nonprofit?”

In  my mind’s eye, this new organization would be a tiny little thing, tucked away in some corner where other people would care for it, nothing I even had to think about.  We filled out the forms to reactivate the charter, and sent them to the state offices.

The day after New Year’s Day, I received a phone call from another friend, one of the half dozen people who knew that The iMAGE Project was about to begin.  “Is the organization ready to take money yet,” he asked?

I stared at the phone in my hand.  Had I heard this correctly?

In all of my years of fundraising for nonprofits, and not just the one I directed, I had never heard of anyone calling someone up to offer them money.  Maybe this was the way the universe came up with to show me the importance of the new organization, I thought.  Great!  Maybe I would need to pay closer attention.

The next day the phone rang again.  Once again it was my friend.  “It’s about the money,” he said.

Oh well, easy come, easy go, I thought.  They probably had decided against the donation.  Then my brain began a loud screeching of gears.

Something was telling me that this was not going to be any ordinary organization we were starting here.  This was a story for Life’s Little Book of Magic.

The idea for Life’s Little Book of Magic had come to me months earlier.  At first, I thought it would be a book about the strange and wonderful abundances in my own life, in my own past.  There were enough of them, probably, to fill a book.

But then I realized, Life’s Little Book of Magic is the book for all our hopes, all our leaps of faith, for all of us.  Because we all have those moments when the inexplicable happens, when grace arranges, when magic occurs.  And it is from these moments that we draw our faith and hope for a brighter, different future.

The story of how The iMAGE Project started is only the beginning of the tale, and a fitting beginning for both the book and the organization itself.  I hope it is a book that will grow.  Thank you for your own contribution.  May your life be every bit as full of magic as this story implies that life can be. 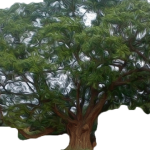